Day 19 in a month-long series on Cultivating Sanctuary.

Glendalough, Upper Lake. Kevin’s Cell is on the right up the mountain.

In the 3rd and 4th centuries men and women left the cities of Egypt and Syria and created communities in the desert. The desert was both a physical location, as well as a metaphor. Most of the hagiography (stories about holy people) from this era describe the man or woman leaving society behind to live on the margins–edges of towns, burial places, deserts–in order to focus their lives on God’s call for them.

As a student of monastic life and movements through-out history and in the present, I was at first dismayed by what I perceived as a retreat from service and love of people in society into a self-protective bubble or echo chamber. And there are certainly extreme examples, always pointed to by critics, of monastics who went too far away, physically, emotionally, and spiritually, from the world God loved enough to send his Son.

However, in reading the texts from the desert fathers and mothers, this desire to move to the margins and away from habits and practices antithetical to discipleship, seems more like self-care or even survival. Simply, they fell in love with God and sought ways to nurture that love, and God’s call for them specifically involved moving into the desert. Thousands heard this call in the 3rd and 4th centuries. The impact of desert monasticism swept from Egypt all the way to the distant Celtic lands, and its impact continues to this day in monastic communities around the world. 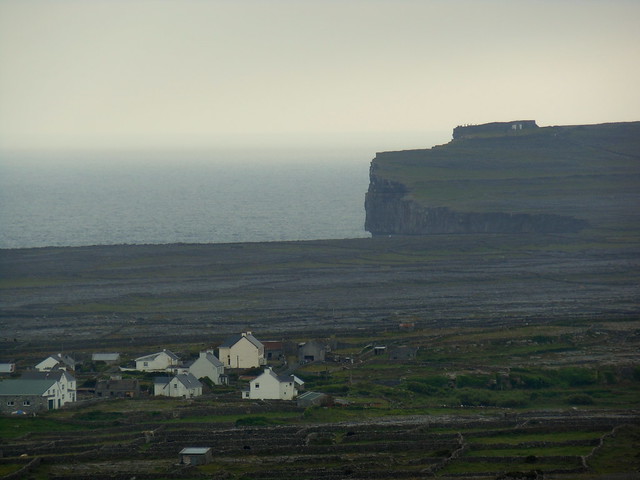 The desert represents both a physical place of pared down life–simple, bare, minimal–as well as a mental, emotional, and spiritual experience. In this place of near solitude, stripped of the formative habits of society, the monks came face to face with themselves.

And there was no hiding, no comforting escape into distraction from themselves, before God.

Rather than reading their choice as a judgment against their culture, I’ve become convinced that their pursuit of the desert says more about them. They were aware of their addictions and their distractions. Moving to the desert was a way admit their weakness and pursue building habits of discipleship. 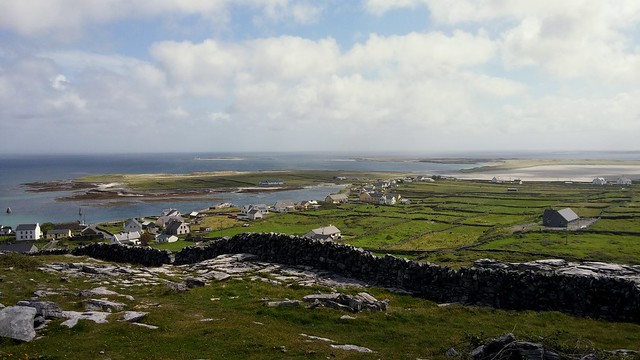 The desert might also be a place of beauty and peace, far outweighing the discomfort.

We look at what the monks gave up to go to these barren places, yet they might have received much in return. Monastic historian Derwas Chitty in The Desert A City describes the many village kitchens where bread was baked everyday (imagine the smell) and that during the prayer times, one could stand in the middle of villages and hear the monks chanting the psalms from their respective homes, prayers rising to God. People visited from the cities, seeking spiritual counsel. Monks visited each other and hospitality was a prime practice, especially for those poorer than them. The stories handed down to us from the monks–little parables of wisdom–capture humor, practicality, and the simple beauty of the life.

The past years, I’ve co-led trips to Ireland for high school students and churches. We visit places like the Aran Islands off the west coast of Ireland, a place deeply influenced by desert monasticism. Since there are no “deserts” in that part of the world, the early monks chose the rocky island as their place of discipleship. The 6th century founder, Enda, built a monastery which trained missionary monks to take the Gospel throughout the mainland, and to what would be Scotland, England, and the continent. This rocky expanse, where people had to make their own soil from sand and seaweed, was well-loved, even before electricity, consistent heat, and running water. Cormac mac Cuilennáin, a 10th century Irish king, wrote these words, “No angel who ever came to Ireland to help Gael or Gall returned to Heaven without first visiting Aran, and if people understood how greatly the Lord loves Aran they would all come there to partake of its blessings.” 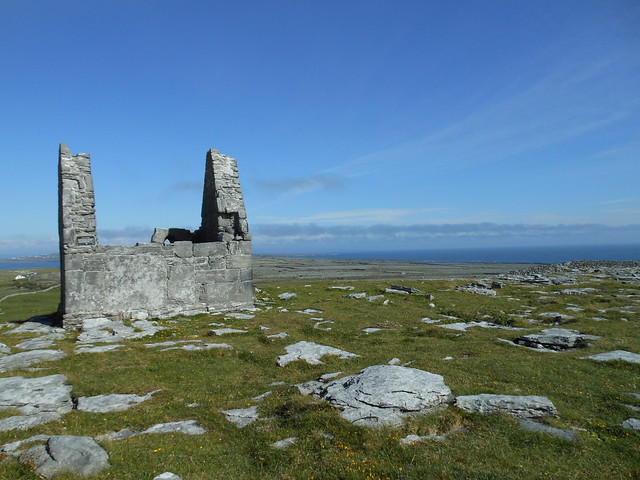 We also visit Glendalough, just south of Dublin, the ruins of a monastic village founded in the 6th century. Kevin, the founder, chose to place his little beehive hut far from the village, up the side of the mountain. It is a daunting walk to get there. But when I reached the spot, I realized that he had a full view of the lake and mountains, and the sunrise. Kevin chose a spot of incredible beauty, and somehow, I doubt he cared how far he had to walk for meals.

The witness of the monks has influenced my sanctuary practice.

Moving into the Contemplative Cottage, I made a choice to create a little desert of my own. Those of you who have followed me for awhile know that I often take fasts from shows, movies, and social media. While I love popular media and use it heavily in my teaching, I found that I could no longer turn off all access in order to focus on other pursuits. This is not a judgment on the media, but my own lack of willpower, especially after a long day of work.

The Cottage does not have satellite or cable internet. It has a basic land-line for local calls. When I leave my cell phone at the office, which I’m doing more and more, the house becomes an internet-free desert.

I am connected at work, but this leaves the evening, night, and early morning free of the temptation to check work emails or watch a show when I know reading a book, practicing harp, writing a snail mail letter, or going to sleep would be a better choice.

The benefits have been multiple and surprising. There is more time. Getting away from screen input gives my mind and heart a rest. Waking in the middle of night does not involve falling down the rabbit hole of my cell phone. I go into the office well-rested for having the early morning free for reading, journaling, and praying.

An internet-free home has been something I’ve longed for, yet never felt I could do. Now in my third month of this experiment, my worries about being unconnected for a few hours each day have not materialized. The sun still rises if I don’t know exactly what is going on in the rest of the world from 6pm to 8am.  And as to my love of shows and movies, I’ve incentivized my watching: if I go to the campus gym, then I can take my tablet and watch as I pedal. So far, I haven’t missed the shows enough to go.

Of course, my life allows for being internet-free at home. Many of you do not have that freedom due to work or family needs. If entering an internet desert sounds heavenly to you, I encourage you to try it in small ways that fit your life. My drastic practice, not unlike the desert monks, says more about my own lack of boundaries around technology and media. You may not have trouble carving out some connection-free or media-free time by just turning off the phone, TV, or computer.

Here are more photos of Glendalough and the Aran Island of Inishmor.

Welcome to the Cottage!

My name is Mother Susan. I am the associate professor of Discipleship and Christian Formation at the University of Dubuque Theological Seminary, and associate rector at St. John’s Episcopal Church. A retreat leader and spiritual director, I write and speak about the brain and spiritual practices, prayer, Christian education, monasticism and contemplative living. My cat, Minerva, is patiently teaching me to put down my smartphone and pay attention.